John Radecki is known as the first stained glass artist to be trained in Australia and as a prolific designer of windows for churches, mainly across denominations in New South Wales, but also for numerous public buildings.  He was born in Lodz, Poland to parents Pavel (Paul) and Victoria Radeski.  Jan, as he was then called, migrated to Australia with his family in 1882 when he was 16 and the family settled in Wollongong.[1]  He initially worked in one of Wollongong’s coalmines.  Radecki had some art training at a German art school in Posen, Poland before immigrating to Australia and he built on this by attending the Sydney Mechanics School of Arts in 1883, where he won prizes for drawing from the NSW Art Society.[2]  One teacher was artist and designer Lucien Henry, who taught there from 1881 and in 1883 was appointed first lecturer in art at the Sydney Technical College.  In 1888 Radecki married Emma, daughter of the Saunders family with whom he boarded in Paddington. Radecki changed his name when he was naturalized in 1903.

In 1885 Radecki commenced training under the English stained glass artist Frederick Ashwin.  Ashwin became a principal in the firm Falconer and Ashwin in Sydney from 1875 and managed the firm located at 314 Pitt Street, Sydney after Falconer’s death in 1891.Collaboration on design and execution between Ashwin and Radecki includes the three-light window at St Paul’s Church, Cobbitty of the Sermon on the Mount from 1895 and a nativity scene at St Jude’s Church, Randwick from 1902.  Radecki’s skilful figure drawing is exemplified in the natural poses, faces with individual character and expressive hands.

Perhaps Radecki’s first independent design was a window made for Yanco Agricultural College in 1902. The agricultural theme includes a shepherdess and flock of merinos with a winged boy playing a pipe bordered by branches with oranges and a Celtic-style motif.

A three-light window, The Supper at Emmaus made in 1903 for St Clement’s Church, Mosman, has figures in Radecki’s style and warm red, brown, and gold colouring.  The figures have delicate features and hands and there is rich detailing of garments.

The three-light east window at Sydney’s Christ Church St Laurence is one of Radecki’s best known windows.  The Crucifixion scene has angels and a veritable host of attendants including biblical, historical and other figures in a sweeping semi-circle around the figure of Christ.  It was made in 1906 to replace the earlier window destroyed by fire.

Frederick Ashwin died in 1909 and the firm continued under Sydney Fox Ashwin, the son of the Fox family with whom Frederick lived.  Sydney used the same family name at Ashwin’s request.[3] The previous year Radecki had applied for bankruptcy on his own petition.[4]  However, by late 1910 he was in business with John Ashwin ‘a well-known merchant of Melbourne and New Zealand’ whose business was manufacturing jewellery.[5]  John came from Birmingham and a relationship with Frederick is likely, although not established.  John Ashwin came from New Zealand to Sydney, probably by invitation, and set up in business with Radecki at 31 Dixon Street, Sydney in 1910.  John Ashwin died in 1920 and the business continued as John Ashwin and Co under Radecki, whose signature often appears on windows as well as the firm’s name.

Radecki had nine children by Emma who died in 1919.  He married Jean Hughes in 1921 and resided in O’Brien’s Road, Hurstville.  Radecki maintained a strong Catholic faith and close connection with the local Polish community. He was a member of the St Patrick’s branch of the Hibernian Australasian Catholic Society.  For recreation he enjoyed chess.

During the 1920s, John Ashwin and Co made church windows including all the windows for the Methodist Church, Bathurst in 1922.[6]The main three-light window depicts the Angel of Victory flanked by figures representing Victory of Condescension and Victory of Self-sacrifice commemorating church pioneers and soldiers killed in the Great War.  It is visually striking in design and colouring.

Radecki made the sanctuary window of Jesus holding the eucharist for St Patrick’s Church, Church Hill, to complement the three made by John Hardman and Co to designs by A W N Pugin dating from 1848.[7]  The four reconfigured windows date from 1928 when the sanctuary was enlarged. Distinctive use of stained glass in nine panels of the vaulted ceiling of the present Commonwealth Bank in Martin Place, Sydney, are among his best-known secular windows (1928). The scenes depicted represent pastoral wealth including sheep farming and gold mining.

In the 1930s church windows included nine windows for St Scholastica’s College Chapel, Glebe (1931), three windows for St Andrew’s Presbyterian Church, Canberra (1931), including the east window depicting the Last Supper, and five windows for St Patrick’s Church, South Grafton (1936).  The Last Supper at St Andrew’s Church has rich colouring and decorative treatment of canopies and border. The tracery windows are an extension of the design with bands of figures and foliage. Three windows, including the east window depicting The Ascension, were made for St Matthew’s Anglican Church, Manly (1930).

Church windows made in the 1940s included four for St John’s Church, Newcastle (1946) and a lancet window for St John’s Church, Parramatta (1940).  This window depicts the biblical figure of Ruth with delicate face and expressive hands.  Radecki was skilful in using gesture to depict a subject and draw the viewer into the scene, which he learned through his constant studies of family members who became models for figures in his designs.[8]  He was acquainted with classical art as seen in his drawing of St Paul (1925) held in the Ashwin collection at the Mitchell Library, which is a variation of Raphael’s St Paul in Athens and he owned a copy of Dante’s Divine Comedy with engravings by Gustave Doré.[9]

In 1941 Radecki designed the Caxton window in the Mitchell Reading Room of the State Library of New South Wales.  The window depicts Caxton handing the first book printed in English to his patron Duchess Margaret of Burgundy.  The medieval figures and gold toned architectural border make an effective historical tableau.

Radecki’s technique encompassed linear painting, stippling, acid etching and discrete use of lead lines. His windows with clear colouring are vibrant while stippling produced more sombre windows. He used fine stippling to produce a painted effect on which features were overlaid to assist modelling.  While he was adept at depicting religious figure groupings he also executed less ornamented yet effective designs.  These include Captain James Cook and Captain Arthur Phillip in a stairwell window made for Hillside, Edgecliff from 1935.  Captain Phillip is based on the portrait in the National Portrait Gallery, London, and shows Radecki’s keen interest in depicting character.[10]

He also made textured leadlight door panels with stained glass figures for the library at St Mary’s Towers, Douglas Park NSW, and a leadlight window with a cross for the Eastern Suburbs Hospital war memorial chapel at Waverley, both of which are signed.

Radecki’s second wife Jean died in 1944.  He continued designing windows, working with two of his sons, Leo and Frank and a nephew, Stanley Radecki over several years.

Over his career Radecki donated several windows, including the Good Samaritan to the Presbyterian Church, Wollongong, in memory of Mr and Mrs James of Shellharbour, Wollongong who, as the inscription notes, in 1882 befriended the artist and his father. Another in St Stephen’s Church, Bylong commemorated his friend, Private Leslie King who was killed in New Guinea in 1944.[11]  One his later windows was designed for St John’s Church, Wagga Wagga, but made by the firm and installed after his death in 1959. It depicts agricultural pursuits of the district, along with the biblical figure of the Sower and the NSW coat of arms.

Windows by John Ashwin and Co are also found in churches in Western Australia. Trinity Uniting Church, Perth has three windows beneath the gallery which are signed (c.1940s), Christ Church, Claremont has four windows (1940) and St Mary’s Star of the Sea, Carnarvon has three windows (1952).  In Tasmania, a First World War memorial window was installed in St Mark’s Church, Bellerive.

As he aged in the 1950s, Radecki’s daughter Winifred and son-in-law Stefan Siedlecky moved from Blackheath to live with him.[12]  Winifred ran the business and Stefan installed windows.  Former employee Martin Van Der Toorn (b.1928) had studied at the Academy of Arts and in stained glass in Holland before coming to Australia in 1950.  He worked for Radecki for around five years and then casually for Siedlecky until asked by the family to take over the Ashwin studio.[13] From 1961, Van Der Toorn ran the business as John Ashwin and Co and Van-Mar Studio.  After the Dixon Street studio was demolished, he worked at Lakemba, then at his home studio at Glenhaven in Sydney’s northwest until his retirement in 1996.

Arthur Benfield (1912-1988) trained under John Radecki for a time, then from 1938 he worked as head artist at Frank G O’Brien Pty Ltd, including windows for the vestibule, reading room and Shakespeare room of the Mitchell Library of the State Library of New South Wales.

Over the decades, John Radecki’s career spanned a high period of stained-glass production through to the first half of the twentieth century when demand lessened, with the exception of war memorial windows.  He maintained traditional skills with designs that had a decorative Gothic Revival flavour with a focus on figure draughtsmanship.  He built on the strength of the studio run by Frederick Ashwin and established a reputation as one of Australia’s master stained-glass craftsmen.

[1] Information on Radecki’s early life compiled with the assistance of Zofia Laba.

[8] Zofia Laba and Kevin Little believe this to be a key element in the success of Radecki’s work. 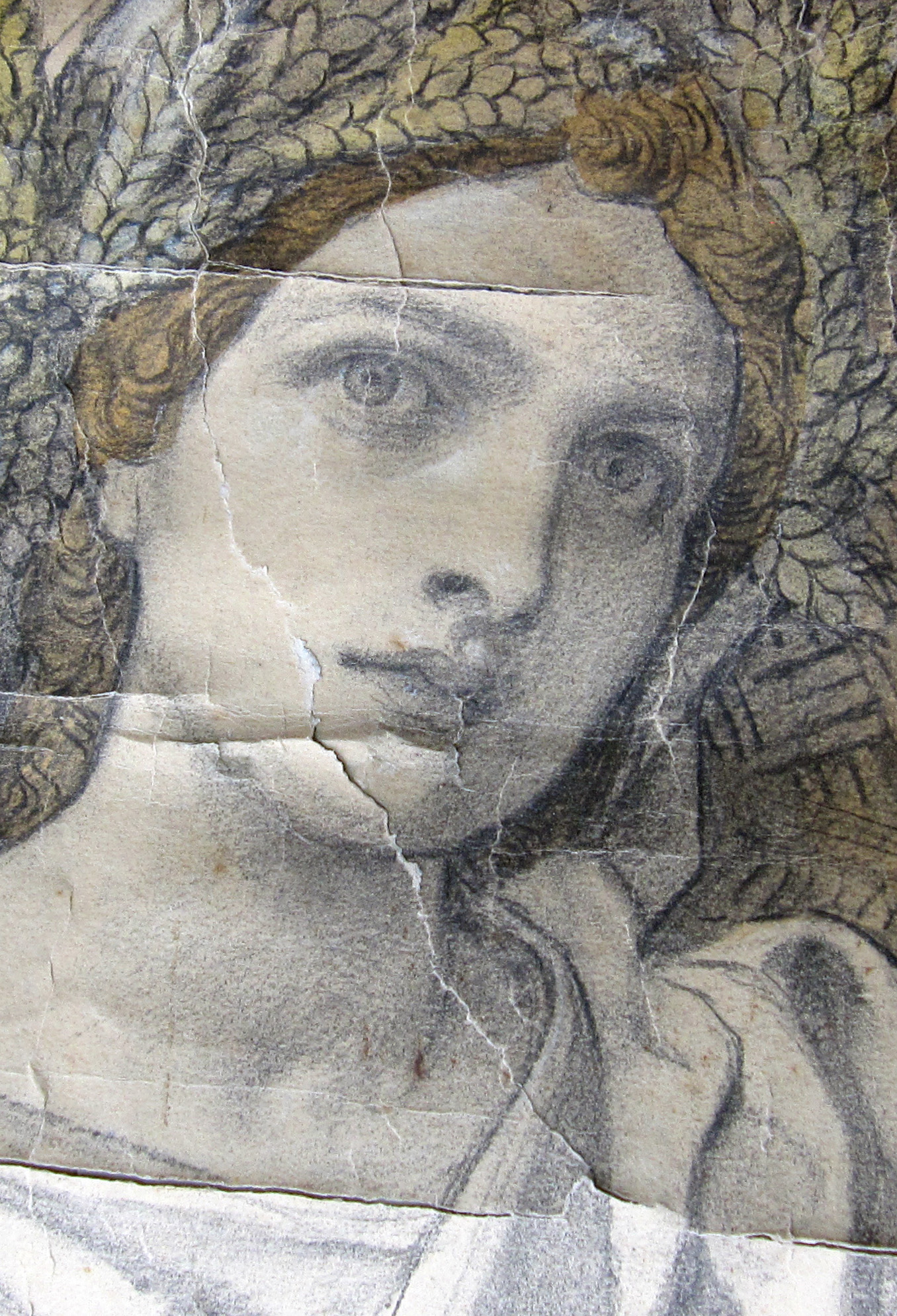